In its 2011 Year-End U.S. Foreclosure Sales Report, the information provider 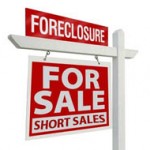 RealtyTrac reports that in the national scale, pre-foreclosure sales – which are mostly short sales – increased by 15% from a year ago; while Real Estate Owned (REO) sales or sales of properties as a result of foreclosure decreased by 12%.

“We continued to see a shift toward pre-foreclosure sales, or short sales, and away from REO sales in the fourth quarter,” Brandon Moore, chief executive officer of RealtyTrac, said in a statement posted on RealtyTrac website.

“We expect to see … pre-foreclosure sales, as lenders start to more aggressively dispose of distressed assets held up by the mortgage servicing gridlock over the past 18 months,” Moore added.

Moore continued, “That trend will likely show up in more local markets in 2012 as lenders recognize short sales as a better option for many of their non-performing loans.”