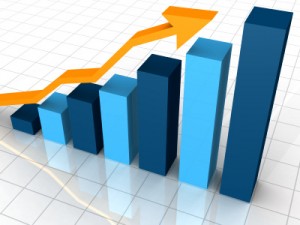 There is lots of talk and thoughts and ideas on how to turn the US housing market around.  It is a complicated issue with lots of moving parts. Some of them like the robosigning issue has us all just sitting and waiting to see what will happen. It’s been a year on that one and today it doesn’t seem any closer to a resolution then a year ago.

There is no denying the issue of shadow inventory. There are many homeowners behind on their payments right now, REO properties that have not hit the market yet and short sales that are sitting around stalled when it would make sense for the banks to take the short sale and move on. Various policies keep that from happening and I still hear of new, additional policies on a regular basis.

In light of all the issues, it makes one wonder what can be done to push things along.
The government has tried to prop up the housing markets with various ideas and I would
argue that none has been successful. From policies that keep interest rates artificially low,
to providing tax credits to homeowners, to trying to stem the flow of foreclosures. Some
would argue government intervention has only made things worse for the US housing
market.

I have read many different ideas for saving the housing market and this week an idea
occurred to me that I had not read previously, or if I have, its source escapes me. Low
interest rates are not working. Is it time to raise them? Two issues are holding us back
right now. First there is the issue of buyers sitting on the fence. The state of the housing
market has many people waiting to see what happens. Second – why loan money when
you are not going to make money doing so? Would you loan someone $100,000 at an
interest rate that is barely enough to cover the cost of the manpower to collect payments
and service the loan? There is still cash in this country but it is sitting on the sidelines.
The returns are too small to loan it to you (or me). If interest rates went up to a level
where there was a profit in it we would see easier lending standards almost overnight.
People who were foreclosed on a few years ago and have returned to the workforce
would be able to buy again. There is a completely new market. Those people that are
ready and willing to buy and just not able because of strict lending guidelines could be
back in the market.

The obvious argument is that higher interest rates will cause home prices to drop as
the cost of the money increases but I don’t think that’s the case. The new demand that
would be created coupled with those buyers sitting on the sidelines entering the market
would instead drive prices up. Further, as cash begins to flow through the economy again
we may start to see some effect from the feds Quantitative Easing. If so those items
combined may help erase many homeowners negative equity restoring overall confidence
in not only the housing market but also the economy. So, what do you think? Do we need
to see interest rates in the 7, 8, or 9% range again? Do you have an idea for turning the
housing market around? I’d love to hear your thoughts on this, or any other ideas. Let’s
discuss.