During his recent State of the Union address, President Obama said these are 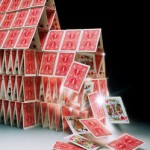 the facts: “In 2008, the house of cards collapsed. We learned that mortgages had been sold to people who couldn’t afford or understand them.”

President Obama proposed a plan that would give responsible homeowners an opportunity to refinance their mortgages.

As mortgage interest rates today are the lowest in 50 years, the HUDdle – the U.S. Department of Housing and Urban Development’s Official Blog – wrote that “refinancing can provide substantial benefits to homeowners.”

President Obama also asked the Attorney General to create a special unit of federal prosecutors and leading state attorney general to expand the investigations into the abusive lending and packaging of risky mortgages that led to the housing crisis.

While Moe Veissi, president of the National Association of Realtors (NAR), commends President Obama for his remarks in support of homeowners and the struggling housing market during the State of the Union address, Veissi said that more must be done to stop the rising inventory of foreclosed homes.

In particular the realtors urge the government to streamline the often time-consuming and inefficient short sales process.

“Realtors® … urge the government and lenders to streamline the often time-consuming and inefficient short sales process and to quickly approve reasonable offers when a family is absolutely unable keep their home,” Veissi said in a press statement.

The call of Veissi and NAR echoes the earlier call, in a form of a white paper entitled “The U.S. Housing Market: Current Conditions and Policy Considerations”, by the Federal Reserve Board.

The sad truth, Federal officials say in the recently released white paper, is that despite the potential for targeted forbearance programs and loan modifications to prevent unnecessary foreclosures, many borrowers will still not be able to keep their homes.

Given the scope of the economic losses associated with foreclosure, the Federal Reserve Board calls for ways that would surmount short sales obstacles.

What do you think of President Obama’s remarks regarding the U.S. housing market?